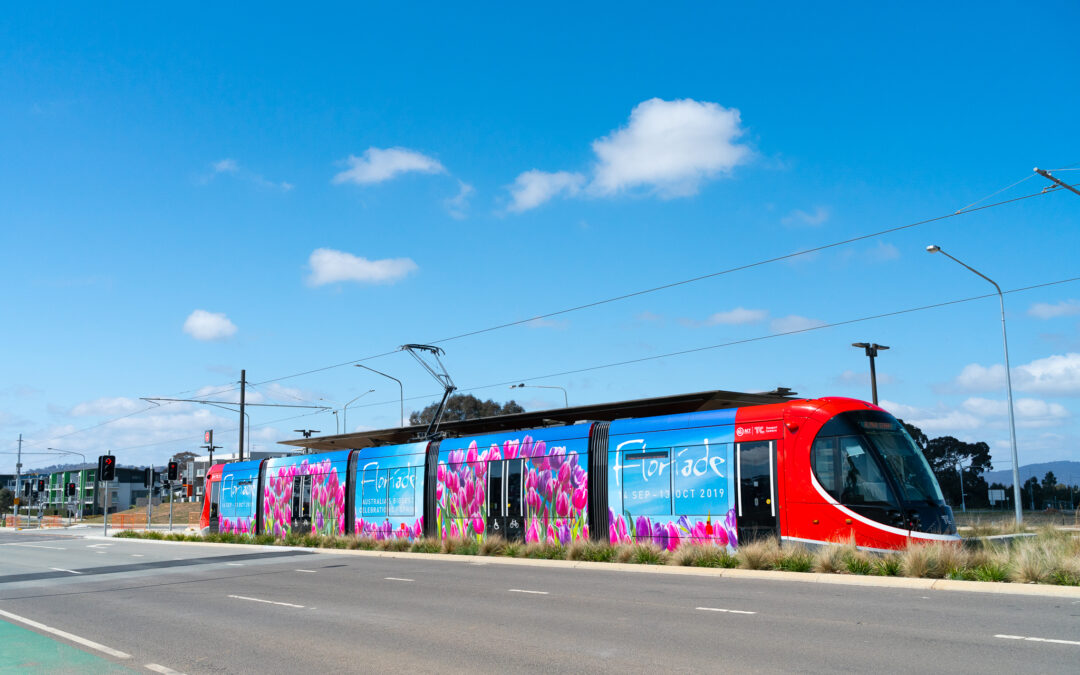 Having become a booming centre of growth and infrastructure development in recent years, Canberra is the perfect destination for tourists and locals alike. Unlike many other cities, our nation’s capital has seen consistent population growth YOY despite the obvious challenges which were brought about amid the pandemic.

Canberra has always been challenging from an Out-of-Home planning perspective, due to the lack of traditional large format and impact options available. When we first launched internal light rail advertising opportunities in 2019, it was clear that there was a strong appetite in market for impactful advertising options, and our sales team have been inundated with requests for external formats ever since!

As we prepare to launch External wrap and portrait formats on the Canberra Light Rail this week (for a May 2021 start), we look at some of the socioeconomic reasons to add Canberra to your Eastern Seaboard and National buys.

Canberra’s audience is highly valuable, especially when considering the suburbs in direct proximity to the Light Rail corridor. The area is home to a high volume of professional commuters, with 62% of local residents in full time employment, 53% of those in professional occupations. 47% of commuters are tertiary educated, 114% more likely than the national average.  This local professional audience is also extremely affluent – median household income is 39% higher than national average. In addition, mobility levels in Canberra are consistent with pre-CV19 levels.

Canberra’s housing market has continued to boom over the past few years. As of December 2020, Canberra is now the second most valuable housing market in the country (after Sydney). Development has been characterised by bustling suburban hubs close to transport and retail.

Land value along the City to Gungahlin Light Rail line has continued to increase since line came into operation, with more Canberrans choosing to live and work in proximity to the Light Rail.

The Australian Capital Territory has a robust economy, experiencing ongoing growth and job creation. Canberra’s economy was also protected from the worst of the pandemic’s effect due to the large influence of public sector spending and employment in the Territory, with drops in household consumption not as severe as in the other Eastern states.

With a growing economy and population, it has never been a better time for both local and national advertisers to connect with Canberran audiences.

We can’t wait for these vibrant formats to brighten up Canberra’s daily commute in May!