Get Up, Stand Up and Show Up this NAIDOC Week 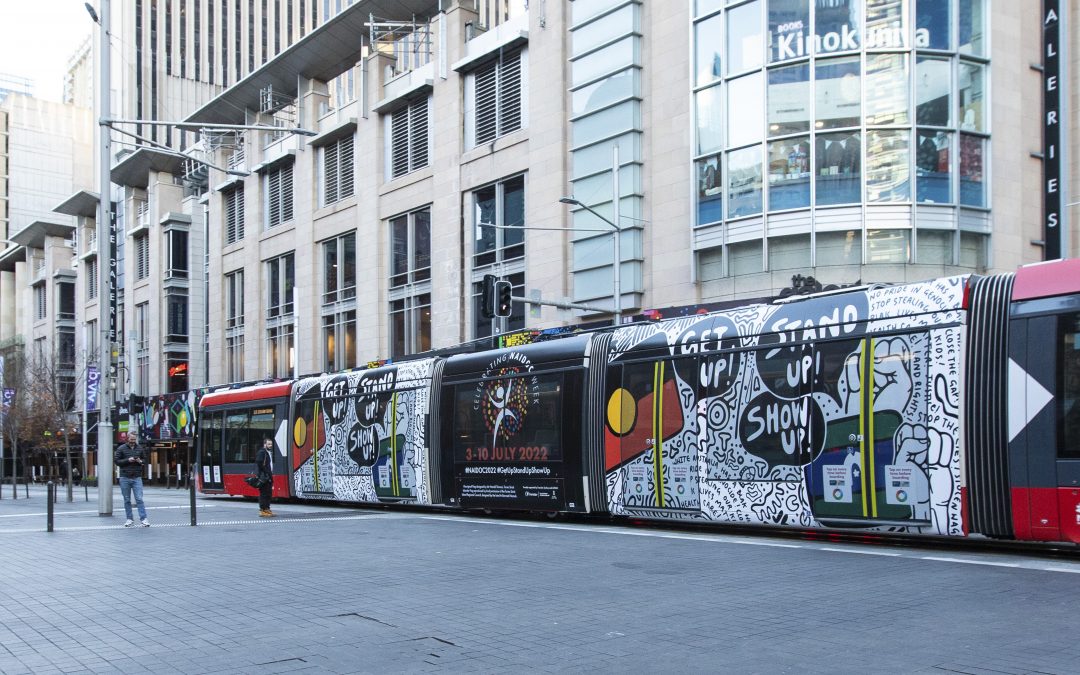 TorchMedia is proud to be a part of NAIDOC Week 2022, supporting our partners Transdev Sydney Light Rail, Transport Canberra and Canberra Metro in celebrating the heritage and culture of our First Nations people. The message to Get Up! Stand Up! Show Up! is being showcased on the Sydney Light and Canberra Light Rail, featuring artwork by Ryhia Dank.

A Sydney tram wrapped in NAIDOC artwork is also moving through the city from now until 10 July and the Aboriginal and Torres Strait Island flags will fly on all Sydney ferries this week to celebrate our shared history and culture.

Transdev’s National Indigenous & Diversity Manager Sharon Stevenson said Transdev recognised the special connection First Nation’s people had to the land and waters on which it operates.

“Transdev values diversity and inclusion which empowers our people from all backgrounds to embrace their culture and serve our customers.

“Under our Reconciliation Action Plan, we are working hard to be an employer of choice for First Nations’ people.”

“Our 60m-long trams are the perfect canvas to turn heads and remind people to get up, stand up and show up,” Mr Durand-Raucher said.

Transdev Sydney Ferries Managing Director Loretta Lynch said it was a privilege to have 6% of our Sydney Ferries workforce identify as Aboriginal and Torres Strait Islanders peoples, well above the national average of 2.2%.

“Celebrating NAIDOC Week allows us to acknowledge their invaluable contribution to our workplace and community,” Ms Lynch said.

“It is a week for us to come together, acknowledge our achievements and spiritual connection with the land, and honour our Elders, both past and present,” he said.